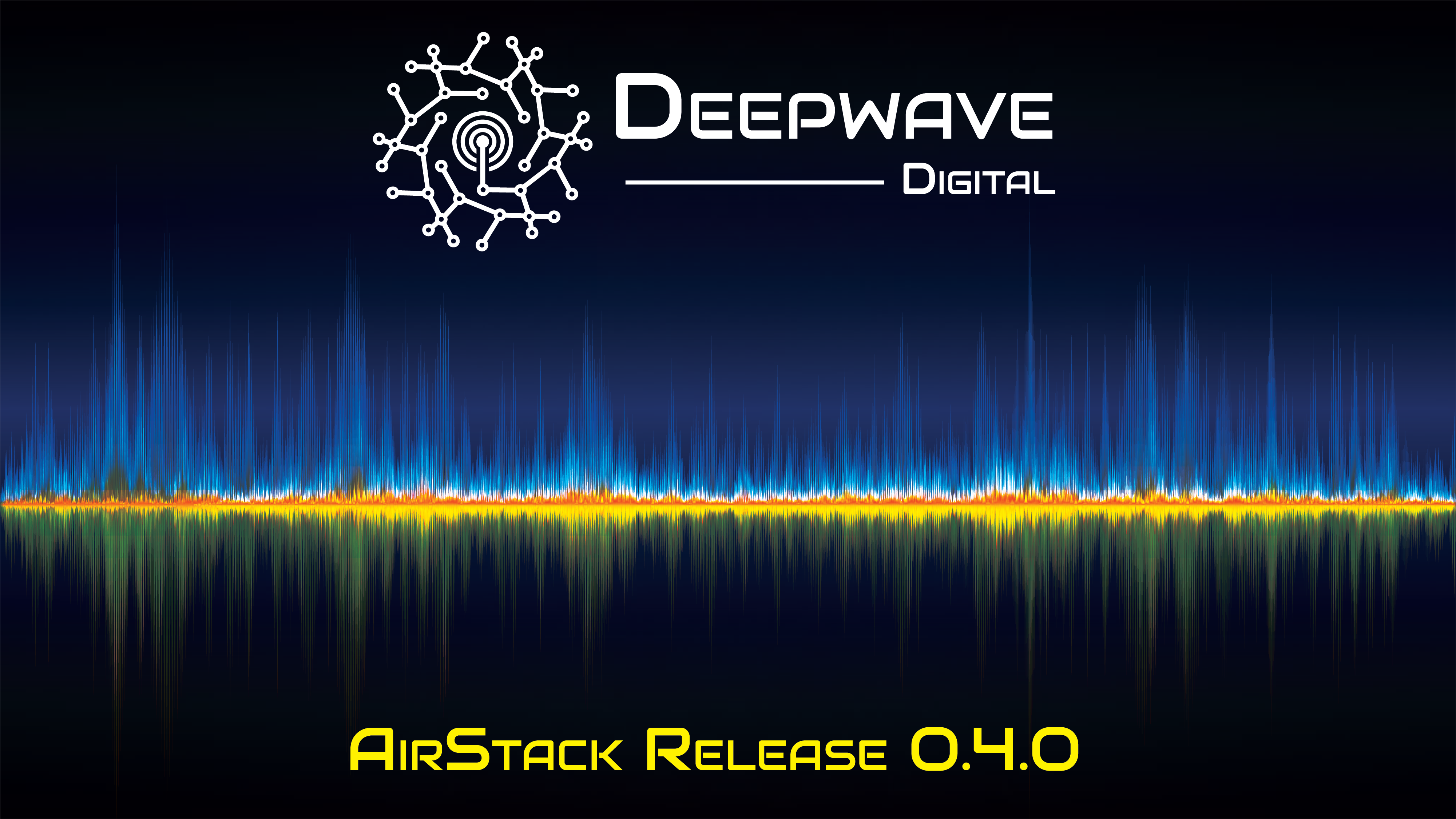 
The Deepwave Digital team is proud to announce that AirStack Version 0.4.0 is now available for download to AIR-T customers.

Revision 0.4.0 of AirStack saw a number of changes and additional features designed to better support the underlying hardware and to make upgrades easier in the future. We have the end goal of making the AIR-T a software defined radio that can be readily deployed to the field for neural network inference with extreme ease. Here is the list of changes in AirStack 0.4.0.

The AIR-T upgraded software and firmware are available for customers to download in the Developer Portal.

Please note that upgrading to AirStack 0.4.0 from previous versions of AirStack requires a re-flash of the operating system in addition to the usual firmware update. Please see the installation procedure to apply the software update to your AIR-T, followed by the firmware update procedure.